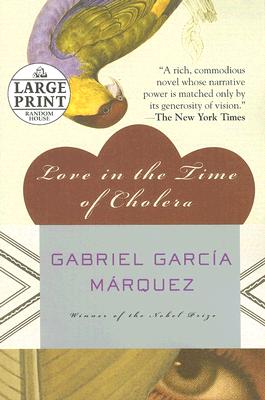 Me, who hears your anger.

Me, who hears your dogma and certainty and outrage.

Me, who watches as you assign blame for this nation’s devolution.

Me, who sees the objects of your wrath:  the people with names and faces and value in God’s eyes; the people you used to care about, but have dehumanized now. They are …

Me, who reads the articles and watches the videos you share. Propaganda pieces created by people that you think are your peers, your tribe, your team.

Me, who knows that propaganda machine doesn’t care about me and they don’t care about you. That giant, cruel machine is effective and determined to divide, to incite rage, to invent targets, and justify the incited anger at those targets,. It seeks to ruin and slander and win and destroy innocent lives.

Me, who reads your posts and articles and watches the videos you share, and with each one I feel the blows.

Because you participate in the machine, you willingly pass on the division and slander and hatred and rage …

Did you know that I am your target?

Maybe you did. Maybe you don’t care. Maybe I’m naive to have expected you to stop short of aiming attacks on people you know. Not that that makes it better, because it doesn’t, but it could be understandable, I guess, to not fully realize the destruction of your target on the ground when your launch is from an aircraft.

In just the last few weeks, especially the last two … you, who used to be so loving and caring and a peacemaker and a team player by nature … your aggression has been emerging. Quickly. So quickly. Already, in the past week, it is approaching militancy.

You, who I never knew to be like that, ever. Somebody, somewhere got your ear and heart and soul and changed you.

You, who were my classmates and coworkers.

You, who were my friends and neighbors.

You, who were my sisters and brothers in Christ.

You are different now. Now, of all times. Now, when so many are struggling with drastically changed lives, illness, financial devastation, and looming uncertainty.

Now, when the world needs help, support, reliability, and a reason to expect a better future. Now, when we need rest and a reprieve, you release this onto us. Now, when we desperately require caring and compassionate and loving people …

You give us this new person you have become.

Now, when I needed you most.

Because I, too, am seeking my footing. Like everyone, as life changed abruptly and drastically, I went tumbling in this atmosphere of massive upheaval.

I needed you. Just like all people depend on those they believe care about them. Right now more than ever.

I needed you to be who I thought you were. I needed to count on some people. Not all people, but some people. And I can, but those numbers of people are small, very, very small. I thought you were one of them — a person whom I could know, beyond-a-doubt, no matter how difficult or crazy the world became, would be good.

This has taken a toll I didn’t anticipate. You, not being who you used to be … you have caused me to trip and somersault and tumble in ways I have never tumbled before. You were part of a rock of sorts, beneath my feet. And it turns out, because you chose the route you chose … you are no longer a part of the rock beneath my feet.

But you are gone.

You are over there, hating at …

You are over there, fighting against …

Your words and militancy have found their target in …

You thought you were sending out your judgement and condemnation to people that you would never have to see hit by your missiles of destruction?

Maybe you knew that and wanted that. Maybe you didn’t know. I say you should have known. Maybe you are so caught up with those voices that fill your ears and mind that you lost self-awareness. You certainly lost other-awareness. You stopped being concerned about who, exactly, you are targeting, and if, it is right even, this thing that you do now.

I don’t know if you will ever again be the person I used to know.

I am not angry. I haven’t been angry. I have been very, very, very sad for weeks now. I couldn’t put my finger on what it was, exactly, that was making me so sad. I knew I could handle all that this pandemic has thrust on us. It was something else:  a low that was distinctly unique; one I have never ever felt before.

But now I know. People I believed in, people I trusted, people I admired and loved and respected and appreciated …

Hate in the time of corona.

You hate me in the time of corona.

And you are gone. You are no longer where you used to be. Nowhere near. I feel in my gut that you are not coming back. I have lost you forever.

You probably aren’t, because you have found a new power. You are strong and mighty, alright. You have it, power. I know that firsthand, because I feel its effects. Your power to hit your target is real. You hit …

4 thoughts on “Hate In The Time Of Corona”