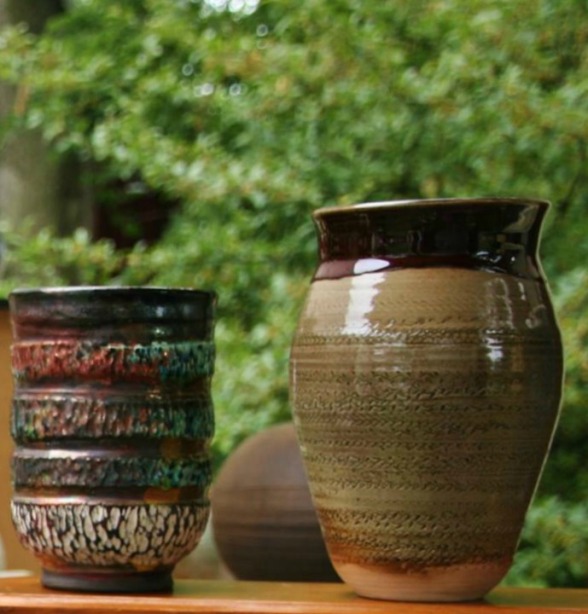 Many thanks to photographer, Lou Lourdeau, for providing the “water jars” photos. I asked and he kindly supplied.

God is a supplier whose provisions are limitless. His divine storehouses overflow infinitely. We open the flow to all that supply by our demand. He wants us to ask of him. He wants us to expect of him. Why? Because he’s unimaginably generous. He wants to give.

In the “water to wine” story*, when the wine was depleted at a wedding, Jesus’s mother asked him for a miracle. She expected one. Then she acknowledged Jesus’s authority. “Do whatever he tells you.”

Initially, Jesus said, “Why come to me?” His public miracles weren’t supposed to happen yet. “My hour has not yet come.”

We see it wasn’t Jesus who initiated the miracle that day, it was Mary. But when asked, he acted.

I’ve noticed in my own life that I’m motivated by the needs of my circumstances. I’ll happily drop everything to drive to one of my sons in need. I often go from zero to sixty, from no writing inspiration to highly motivated, simply because viewers logged on. I even move into action for a lawn in need of mowing.

There are valuable lessons in Mary’s example: Approach God for the solution. Ask of him. Expect him to meet our needs. Accept his will and his timing. And be prepared that he may respond and give beyond what we ask or think.

Ephesians 3:20 (Amplified Bible) 20 Now to Him Who, by (in consequence of) the [action of His] power that is at work within us, is able to [carry out His purpose and] do superabundantly, far over and above all that we [dare] ask or think [infinitely beyond our highest prayers, desires, thoughts, hopes, or dreams]—

*John 2: 1 On the third day a wedding took place at Cana in Galilee. Jesus’ mother was there,2 and Jesus and his disciples had also been invited to the wedding. 3 When the wine was gone, Jesus’ mother said to him, “They have no more wine.”

5 His mother said to the servants, “Do whatever he tells you.”

6 Nearby stood six stone water jars, the kind used by the Jews for ceremonial washing,each holding from twenty to thirty gallons.

7 Jesus said to the servants, “Fill the jars with water”; so they filled them to the brim.

8 Then he told them, “Now draw some out and take it to the master of the banquet.”

They did so, 9 and the master of the banquet tasted the water that had been turned into wine. He did not realize where it had come from, though the servants who had drawn the water knew. Then he called the bridegroom aside 10 and said, “Everyone brings out the choice wine first and then the cheaper wine after the guests have had too much to drink; but you have saved the best till now.”

11 What Jesus did here in Cana of Galilee was the first of the signs through which he revealed his glory; and his disciples believed in him.

One thought on “Supply and Demand”