I know a man who has never had it easy. Since birth, his life was an uphill battle. He was victimized by people, to put it mildly. The details of his story are his to tell — just know the series of tragedies that came his way should never happen to anyone.

Equally unfair, his trials persist. He faces often-overwhelming challenges. While many of us struggle in an area or two, his burdens are multitudinous: physical, domestic, social, emotional, psychological, communicative, financial. It seems he can’t catch a break on this planet.

Still, remarkably, he rebounds. He somehow comes through each injustice with his hope and motivation intact. He has a kind nature and inexplicable optimism.

This embattled friend taught me a great lesson recently. He wrote ten words, a timely sermon distilled to profundity: 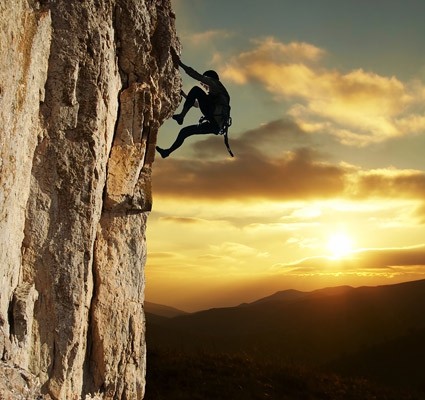 Why is it that the balance between effort and reliance is so difficult to find? My friend reminded me the impossible isn’t meant to be accomplished solely by human effort. When we try but fall short, it’s not over — we can expect God to make up the difference. When we buckle under heavy loads, he will take the bulk of the weight. He is the God of the impossible, the God of power, the God of miracles.

As I attempt to balance effort and reliance, I remember the wise words of my friend. After all, he knows a thing or two about striving against the odds.

One thought on “Words of a Wise Man”