You can be perfectly centered on your God-led road of life and still have trouble on that road. Sometimes it is through a vast, fearsome valley that you must travel.

I can attest that it is dark, overwhelming, and intimidating in the valley. Promises and hope for your future that were visible before become suddenly irretrievable, seemingly lost altogether.

The valley itself is powerful — a pit, a trap, a lure to death. It doesn’t ask, it imposes. It insists on its way, it doesn’t offer compromise. It is unceasing in its efforts to convince you your destiny is there in its grip, this is where your road ends. 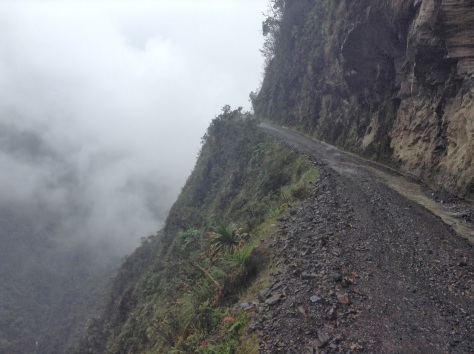 I can also attest that you must be more stubborn than it — refuse its impositions, its arguments and “proof”, however strong and impressive they may be — your journey will not end in the valley of deprivation. You aren’t staying, only passing through because you have to.

There is life beyond the valley, a life not possible had you not passed through it. Because of your persistent, resolute steps, and determination to yet see the goodness of the Lord in the land of the living, you are enabled to rejoin your personal road, an open horizon that is better than before: rarer, purer, clearer, higher.

Photo by Jahoo Clouseau on Pexels.com

Photo by Scott Webb on Pexels.com

Photo by Johannes Plenio on Pexels.com

Photo by Johannes Plenio on Pexels.com
When there is no other way TO IT, but THROUGH IT, you’ve just got to DO IT.

“Go Ahead”, by Ron Kenoly

One thought on “When there’s no way TO IT but THROUGH IT, Just DO IT”