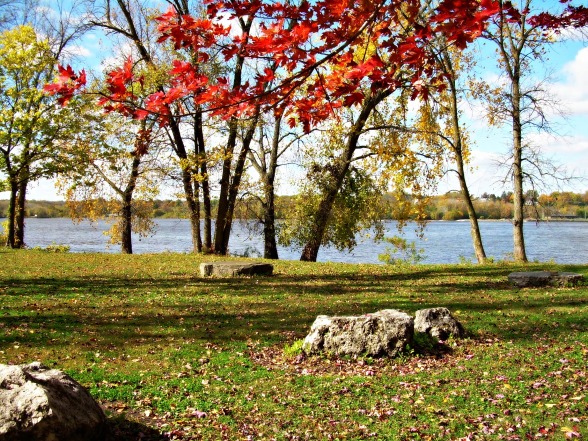 Why is it that negative circumstances so often speak more loudly than positive ones? It’s as if they hoist megaphones to gleefully scream: TROUBLE! FAILURE! IMPOSSIBLE! LACK! RUIN! DISASTER! DEFEAT!

Their goal is to kill your hope, your faith, your expectations of good on this Earth we share, and thereby extinguish the life that could be yours.

On discouraging days, tune out the voices of cruel, mocking, arrogant circumstances — they are the words of an assassin — and refute deceptive rhetoric with truth:

God is a shepherd to the sheep. His ferocity is directed at marauding wolves, not his dependent charges.

2 This is what the Lord says—

3  I will pour water on the thirsty land,
and streams on the dry ground;
I will pour out my Spirit on your offspring,
and my blessing on your descendants.
4 They will spring up like grass in a meadow,
like poplar trees by flowing streams.

24 “This is what the Lord says—
your Redeemer, who formed you in the womb:

I am the Lord,
the Maker of all things,
who stretches out the heavens,
who spreads out the earth by myself,

… who says of Jerusalem, ‘It shall be inhabited,’
of the towns of Judah, ‘They shall be rebuilt,’
and of their ruins, ‘I will restore them,’

… he will say of Jerusalem, “Let it be rebuilt,”
and of the temple, “Let its foundations be laid.”’

One thought on “He Blesses”