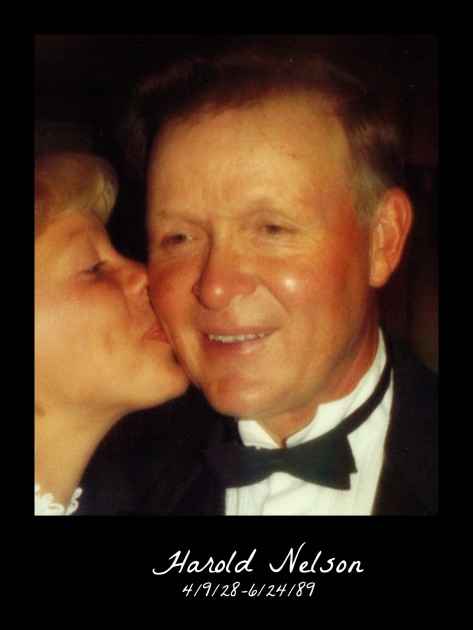 I think my dad would chuckle about this, his debut on a blog post with a link to Facebook. He never heard of either. So much has changed in twenty-five years. Soon after his death, the Berlin Wall fell and the Soviet Union collapsed. Two more grandchildren were born, and all are now grown. Ninety percent of people on earth carry mobile phones; half use theirs as their primary access to the internet. His five great-grandchildren use Skype to stay in touch—they’ve never known the distance between China and America to be vast.

Some things are strikingly familiar. Tensions continue in Korea long after fulfilling his Army duty there. The community he treasured goes on, still strong. His farm remains in the family. Friends, family, neighbors, church and community members mention him often. He would be humbled that people speak of him fondly. He is missed. Cancer robbed us of two or three decades of his warmth, devotion, compassion, laughter, and companionship.

Not long ago, I met one of his high school classmates. While the man described my dad, his tears flowed as readily as mine. They knew each other for forty-five years. “Harold left a lasting impression. He cared. He was a good, good man,” he finished, then hung his head. It’s still a loss after a quarter century.

Dad did care about people, and they cared about him. Those who knew him are blessed. And I am blessed that this good, good man was my father. Would that all children everywhere could be as fortunate.

2 thoughts on “Remembering My Father”