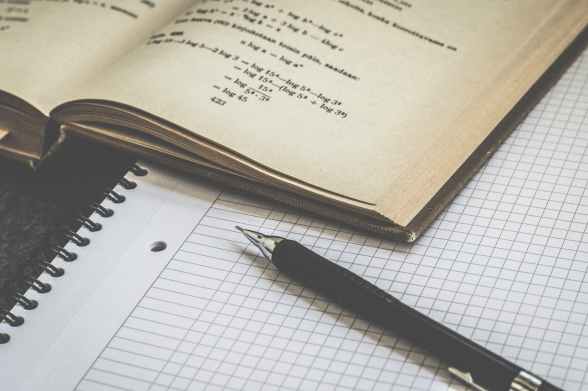 A defense is making the rounds in the Christian Pro-Trump camp:

We need to understand that God uses ungodly people for His purposes. The Bible has story after story about the unlikeliness of who He chose to lead a people, a nation. I support Pres. Trump for his policies .. not his personality.

I’ve asked people who’ve declared some version of this viewpoint to name those people in the Bible. I’ve yet to get a response, so I am going to try to defend their statement for them:

First, it’s a Biblical claim, so we have to find it as a truth in the Bible. Also, we have to conclude that whoever is in office is put there by God — he wasn’t elected; free will didn’t come into play.

I can’t resolve the “free will” question here, that’s too much. Suffice it to say I lean most heavily to the belief that God gives us free will to do right or do wrong without him forcing us either way, but will assume, for this purpose, that God does control who is in leadership. (I know, the logic bothers me deeply, too, because … Hitler and such. But suspend logic for a few minutes to see if the belief is accurate.) I’m going to eliminate the “free will” debate and proceed with the rest of the statement.

So … to the point of Trump being ungodly, but at the same time, “of God”:

God did use ungodly, even evil leaders and kingdoms to deliver justice to his own people (always leaving a remnant to keep his covenant with Abraham). But look at that … he used evil people to annihilate the evil that his chosen people had become. Like the flood long before Abraham, only with death at the hands of evil soldiers.

We can make it work only if we accept that Trump (good or not) may be in power to deliver justice to us … to deliver judgment to American Christians. If they will allow for that application, we can leave it in, but not if they allow for it to be only true according to their own values and beliefs (ex. to drain the swamp). If you know God, you know you don’t get to tell him what to value and think and do. You have to become less so that he can become more. You have to give up your own values and thoughts to adopt his. Or not. But if you know better yet don’t yield to him … there’s always that judgment thing looming.

Still, I’m going to try to make their argument true:

So where did “chosen” happen in the Bible? King David fits the “chosen by God” argument, because he was … it is documented. But it gets a little gray right away; God didn’t want to do it. There was a whole tug of war over it: God wanted his people to continue to be led by priests; they saw neighboring kingdoms led by kings and pushed to get one. He said no, they said, gimme gimme, and he relented, having Samuel select David when he was still a shepherd boy, to later take Saul’s throne. I still think it can be solidly argued that he was chosen by God.

David also fits the “unlikely” and “sinner” comparison, due to knowingly setting up a death (Bathsheba’s husband) for his own agenda. But here the comparison ends. Since there is so much in the Bible about him, we get to see who David was: contrite … utterly contrite. Repentant. Sackcloth and ashes remorseful. Determined, before and after his terrible sin, that his life and his reign be pleasing to God.

And there is the Biblical “you will know them by their fruit” truth… and “out of the abundance of the heart a mouth speaks” concept that is to help know who people are … David was godly, we can read it, and God called him so. If Trump were handed a quill pen to write psalms, we already know what he would write. Copy and paste his tweets, and … he “ain’t no King David”. And the U.S., frankly, “ain’t no Biblical Israel” either.

Long before David … Abraham (and Isaac and Jacob after, although they were leaders due to a covenant), and Joseph, and Moses were also leaders selected by God to lead God’s chosen nation, but again … to consider Trump as advancing God’s plan as they did is to say Trump is an Abraham; he is a Joseph – or we have to diminish them to the same level as Trump.

On a side but I think important note: to presume God views the U.S. as his chosen people is something I am unwilling to do. Individuals all over the world are “his”, yes. America chosen as a nation as “his”, no. Biblically, the chosen nation scattered. It wasn’t until post WWII that Israel had a land again to call theirs. Should we be certain that we can insert “the U.S.A” in place of “Israel” in order to claim the Biblical principles that politicalized Christians do? I don’t think we can.

Abraham, Isaac, Jacob, Joseph, Moses, David … Those men were willing (or in Jacob’s case, wrestled) to yield their lives to God to the extent that they gave the majority of their lives to be trained and equipped to lead according to God’s standards. They didn’t get the place of power until God called them ready. They were trained in deserts and wildernesses, in slavery and as servants, and on the run from powerful, evil people determined to take their lives. They were faithful regardless God’s terms of development. They feared God.

To claim that Trump is “of God” then, is to claim that he was equipped and trained by God for the presidency. He doesn’t hold up to Abraham, Joseph, Moses, etc. To alter God’s ways is to be braver than I am. I shutter every time politicalized Christians/ Trump loyalists elevate Trump, America, and our flag above the world. Above God, even. To them, it’s not, “God so loved the world that he gave his only son …”, it is “God so loved the USA and its values as we say that he gave his only son …”

It is daring (and I believe uber-foolish) to tell God what his intentions and standards are. It is audacious to presume Trump was chosen by him, or that Trump is pleasing in God’s sight. If they know God, as they say, why do they not fear him? He alone is God, not me and not you and not Trump and not America. To start with our political beliefs, then to stretch them to encompass God, and to declare God chose and is carrying out his will according to our beliefs … is a boldness I’m too scared to have.

I took a re-look at the Chronicles, 1st and 2nd Kings, and 1st and 2nd Samuel, where we see the leaders of God’s people (even if we stretch we Americans to be called God’s people). There, in the chronological stories of the kings, is a conclusion of each leader’s life. Only a handful (looks like 5) were pleasing to God. The majority of 50- ish kings of Israel/ Judah (I did a quick count only) did not please God. He simply called them evil. The leaders of the Children of God’s kingdoms … he called them evil.

To breezily presume Trump was chosen by God and is doing God’s will …. again, I can’t do it.

We can view it as a math teacher wanting to see how a student drew their conclusion. We hear the conclusion all the time, but we have yet to “see their work”. I just attempted it, above, and couldn’t draw the same conclusion.