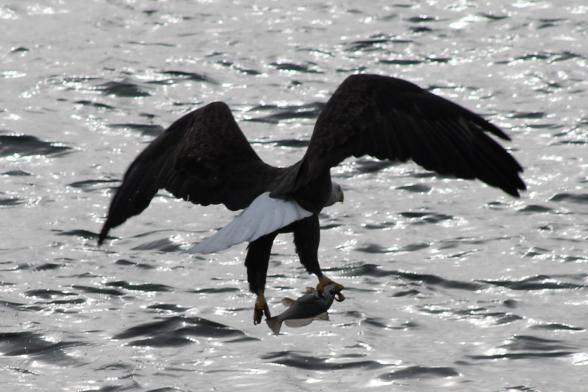 (The feature photo above was taken by Kris Sundelius Lundine.)

There are a record number of eagles wintering along the Mississippi River in the Midwest this year. They were forced to migrate when ice coverage in northern states blocked access to their major food source. They benefit from the locks and dams in this area, where turbulent waters are free of ice and plentiful with stunned gizzard shad. 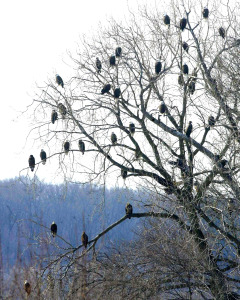 A friend and I ventured out recently in hopes of viewing a few of the regal birds. Happily, we discovered dozens inhabiting one section of the river. We counted 75 eagles perched in the dense trees of a small island, and witnessed fish being snagged from the frigid water by strong, agile talons. My friend pointed out the pairings; the brief separations when one eagle circled the area before returning to its mate.

As we were leaving, a third of the eagles…