Today evil in the form of a suicide bomber ended the lives of ten people. They were tourists to Istanbul, there to see the wonders of the city once named Constantinople. Just two months ago, I stood on the very spot it happened — a dozen times I walked through it to explore beyond the concentrated historic sites of Sultanahmet.

I marveled at the 3,465 year-old Egyptian obelisk, the 2,500 year-old Serpent Column, the Blue Mosque, and the German Fountain, built to honor the visit of Kaiser Wilhelm II in 1898.

It is there, beside the German Fountain (photo below), that nine German tourists and one Peruvian lost their lives. 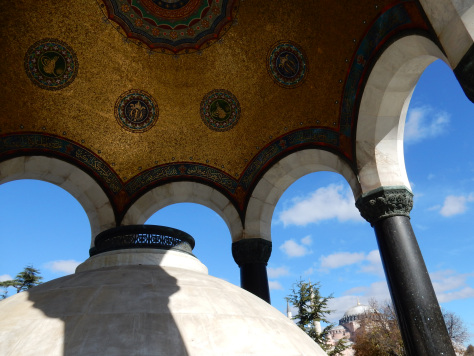