Between the planting of the seed and maturation of the crop, there were adequate growing conditions: sun, warmth, and water. But it’s what the seeds were planted in that was also crucial. 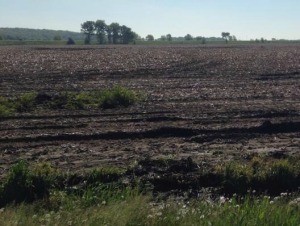 It must be “good soil” to produce a “good crop”.  Rocks must be removed, the earth cultivated, and weeds eradicated. Plants require nutrients, so it needs to be fertile.

In Matthew 13, Jesus said, “A farmer went out to sow his seed. 4 As he was scattering the seed, some fell along the path, and the birds came and ate it up. 5 Some fell on rocky places, where it did not have much soil. It sprang up quickly, because the soil was shallow. 6 But when the sun came up, the plants were scorched, and they withered because they had no root. 7 Other seed fell among thorns, which grew up and choked the plants. 8 Still other seed fell on good soil, where it produced a crop—a hundred, sixty or thirty times what was sown.”

After his disciples asked Jesus why he spoke in parables, he explained the parable of the soil.

18 “Listen then to what the parable of the sower means: 19 When anyone hears the message about the kingdom and does not understand it, the evil one comes and snatches away what was sown in their heart. This is the seed sown along the path.20 The seed falling on rocky ground refers to someone who hears the word and at once receives it with joy. 21 But since they have no root, they last only a short time. When trouble or persecution comes because of the word, they quickly fall away. 22 The seed falling among the thorns refers to someone who hears the word, but the worries of this life and the deceitfulness of wealth choke the word, making it unfruitful. 23 But the seed falling on good soil refers to someone who hears the word and understands it. This is the one who produces a crop, yielding a hundred, sixty or thirty times what was sown.”

But as the parable teaches, there is no guarantee that we will produce a crop. It is contingent on the condition of our “soil”. Our hearts might be “along the wayside”, “rocky”, or “thorny”. Only if our hearts are “good”, will our lives produce an abundant crop from the seed. A good heart doesn’t just happen — it is made. It takes work. It must be prepared, tilled (open and teachable); void of rocks and weeds (requiring work and diligence); and fertile (kept rich in God-approved nutrients).

If we do those things, we will ultimately reap what we sow.

If your field looks otherwise at this point, despite doing everything commendably, don’t be discouraged.

Sometimes people have excellent soil and are deserving farmers, but their crops are sparse and withered. It happened to Job, and Joseph, and David. Wind, hail, frost, drought, pests, diseases, and floods can decimate crops.

Don’t assess yourself by conditions beyond your control. Stay the course. Be far-sighted and diligent in farming your soil, and expect your bountiful crop will yet come to fruition. 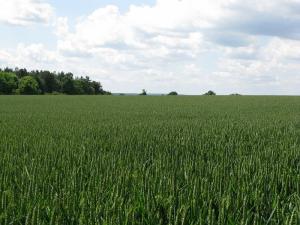 23 “But the seed falling on good soil refers to someone who hears the word and understands it. This is the one who produces a crop, yielding a hundred, sixty or thirty times what was sown.”