(This post was originally published on 9/18/2013, and has gained a significant following in northern Europe in recent weeks. Since I’ve discontinued my old website, I’m re-posting here—my new home base.) 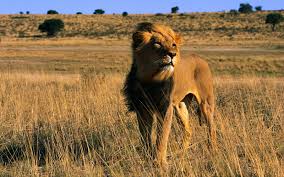 “Courage is contagious. When a brave man takes a stand, the spines of others are often stiffened.”

So many of you exhibit courage. It has not gone unnoticed. While the effect on others is invisible to you, you have empowered, emboldened, and strengthened others by your bravery. I am just one person impacted.

I’ve watched you pick yourself up after great tragedies and put one foot in front of the other again, resuming a life forever altered. I’ve observed you endure the small but relentless blows of life, too, determined to not let them beat you, or define you, or deny you.

I’ve marveled at your courage to begin new careers and ventures and fields of study, often not by choice but born of necessity. Some of you did that because your first choice, your preferred life, dissolved before your eyes. Still, you found Plan B, or C, or D. You kept looking and kept trying.

I’ve seen you defend a slandered friend, and support that lone person badgered by the popular majority. I’ve witnessed you risk condemnation by sharing your thoughts, your past, your beliefs, your music and art, your talent, some aspect of your identity—what makes you YOU.

Your courage is never more evident than when what makes you YOU differs from most.

You may have regretted an act of courage afterward. You may have felt the exposure, the nakedness, the vulnerability. But what you don’t know, what you can’t know, is that even as you wrestle with self doubt, someone out there has been strengthened immeasurably because of you.

“Courage is contagious. When a brave man takes a stand, the spines of others are often stiffened.” (Billy Graham)