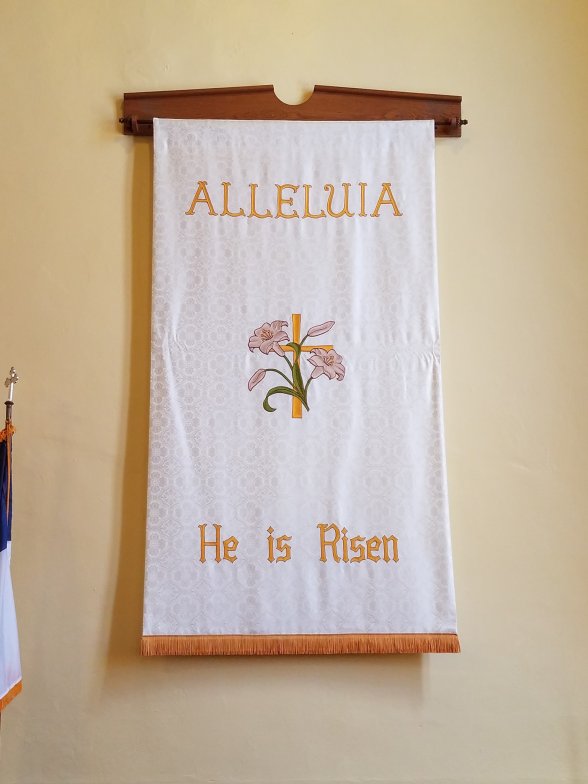 It is the gift that keeps on giving. It’s not only about Easter Sunday. It’s about the purpose of his death and resurrection. What did he do it for?

For us to be his.

For us to be heirs to his throne, his kingdom. Not just in heaven one day, but on Earth as well.

Receive the truth of it. Know the power of it.

The power of his resurrection. It is power to heal, to create, to know, to understand. Not all things, as only God does, but as much as he is willing to trust us with. As much as we are willing to pursue and become consecrated for. As much as we stay determined to believe in, regardless the delays and events transpiring that appear contrary to who he is.

Do we give up? Do we stop before the finish line of our race? Or do we press on toward the goal to which he calls us?

Do we push our wants and ways forward, or do we say as Jesus did, “Not my will be done, but yours be done”? Do we lead or do we follow? Do we fight him or do we work together with him?

Do we retain for ourselves what he wants us to give up, or do we open the hiding places of our minds and souls for him to do with as we want? If he wants those places emptied of ourselves, do we slam the door on him and forbid him reentry, or do we keep it open to him no matter how much we agonize over the removal of our own desires and ambitions?

If we say and do as Jesus did, and give up our wills and let his be done, we may just find ourselves entrusted with the same power that Jesus experienced on Easter:  resurrection power. The power to do for God all that he wants done. To overcome evil with good. To take back what has been stolen, knowing it was always meant to belong to the heirs of Christ.

And who are his heirs? Not a select few, as some may want you to believe, and not those who claim they’ve earned it by good works — they’ve qualified themselves according to their big egos. They aren’t the gatekeepers to God. Jesus is. And he opens the gate for any who want to enter.

There are no qualification apart from wanting to be accepted, to be adopted by the Great I Am.

The day we realize we are his, we begin to realize what belongs to him, and what he shares with those he can trust. Like power. Resurrection power.

It wasn’t just for Easter Sunday. It’s for the his heirs and colaborers. For those he entrusts to use it as he wants. For now and for all of time.

I want to know Christ and the power of His resurrection. – Philippians 3:10

I pray that you will begin to understand how incredibly great His power is to help those who believe Him. It is that same mighty power that raised Christ from the dead and seated Him in the place of honor at God’s right hand in heaven.  Ephesians 1: 19-20

In love, he predestined us for adoption to sonship through Jesus Christ, in accordance with his pleasure and will– to the praise of his glorious grace, which he has freely given us in the One he loves.  Ephesians 1: 5-6

In love, he predestined us for adoption to sonship[c] through Jesus Christ, in accordance with his pleasure and will— 6 to the praise of his glorious grace, which he has freely given us in the One he loves.

Very truly I tell you, whoever believes in me will do the works I have been doing,and they will do even greater things than these, because I am going to the Father. John 14:12-14